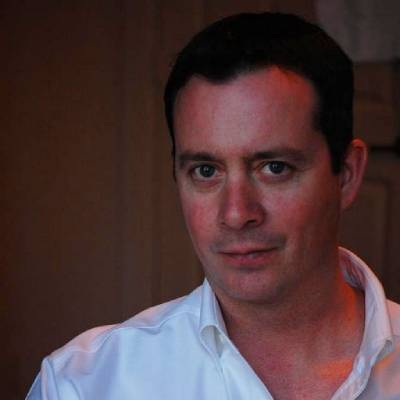 Jed Henson grew up in western Montana in the 70s and 80s. When he wasn’t doing outdoor things and lusting after Bandit Trans Ams, he was consuming books one after the other. Robert Ludlum, Louis L’Amour, Dick Francis, Dean Koontz, Stephen King, Tom Clancy, Scott Turow, Carl Hiassen—thrillers, horror, mysteries, science fiction and yes, westerns. The faster and funner the better.

Jed received his BA from Whitman College, and then spent much of his 20s and 30s in San Diego as a failing writer who excelled at beach life. Then came a magazine editing career and a family, which combined to finish off his waning writing aspirations.

Or seemed to. Jed now lives in North Carolina with his family, including humans and hounds, and has recently picked up his “pen” again. Look for his first novel soon, a techno-thriller set in the near future.

Sign up to receive news on deals, new books and more!